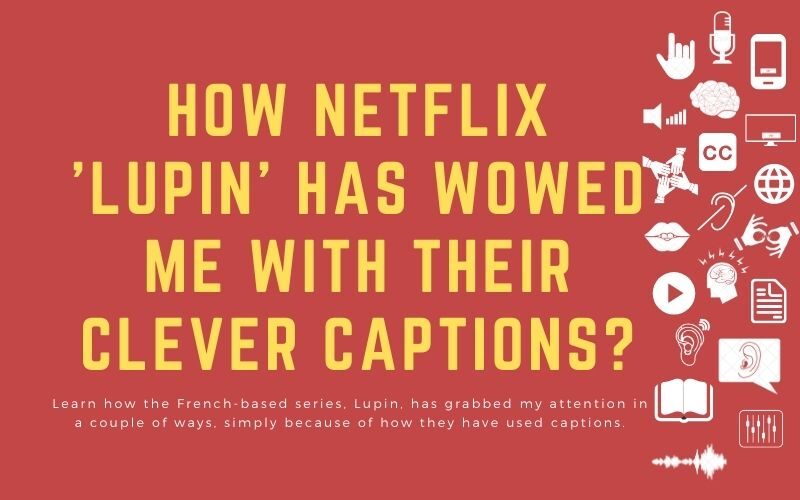 It’s not often that I watch an advert for a movie and TV series that grabs my attention and makes me want to watch it…especially when that main reason is how they have done their captioning in their advert.

But that’s what the French-based Netflix series, Lupin, did. And I was hooked. Whilst watching it, I was also particularly impressed with a specific way they have done their translated subtitles in English in a specific scene.

Learn why I was impressed with ‘Lupin’ and their subtitles here 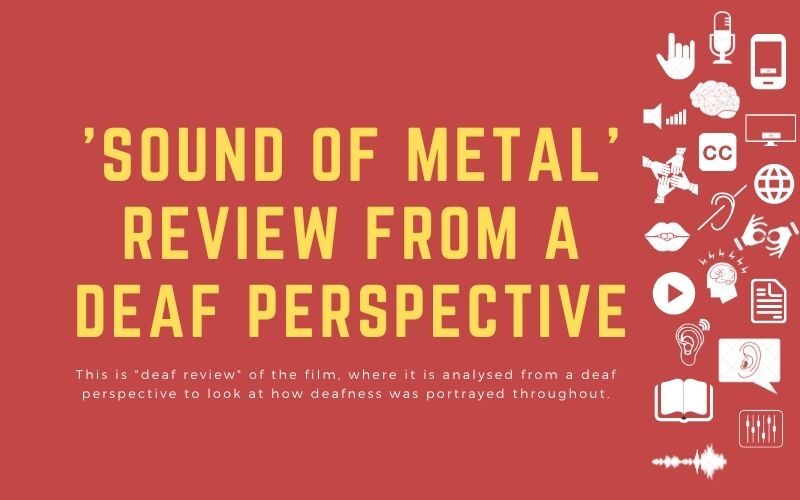 This post is a “deaf review” of ‘Sound of Metal’; meaning that I have reviewed the film from a deaf perspective and how deafness was portrayed throughout the film.

I go through the various aspects of the film; what I thought about Riz Ahmed’s performance, how accurate (or inaccurate) were certain scenes, is it relatable…so many things that mainly focuses from my deaf perspective. 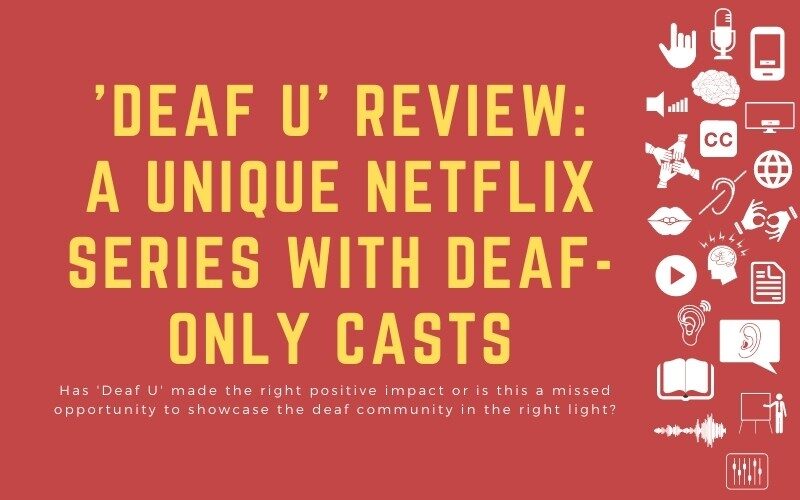 If you have access to Netflix, there is a new and somewhat groundbreaking new series called ‘Deaf U’ where the cast are entirely led by alums of Gallaudet University, the world’s first and only university specifically catered for deaf and hard of hearing students, based in Washington D.C.

This is an opportunity to show the world how diverse, expressive, beautiful but also complex, deep and perhaps intensive deaf community can be.

But has the series managed to portray that in a positive way that can make a positive and lasting impact, or did it focus too much on being a typical reality TV show, albeit more deaf-focused?

Check out the ‘Deaf U’ review here 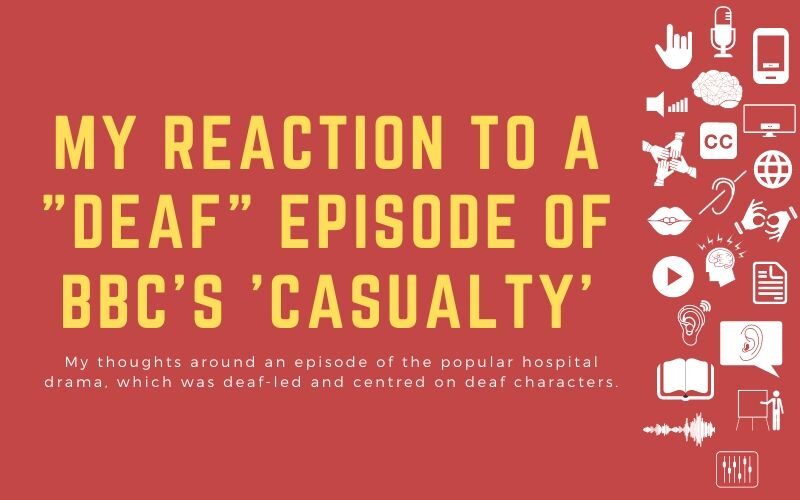 I have just finished watching an episode Casualty, a popular hospital soap drama based in the UK, where it is entirely focused on a deaf character. It also has a deep deaf representation behind-the-scenes to ensure accuracy to portrayed.

The character this episode is based is a deaf nurse called Jade, who is keen to confront her past by meeting her mother for first time.

View my reactions to this episode of ‘Casualty’ 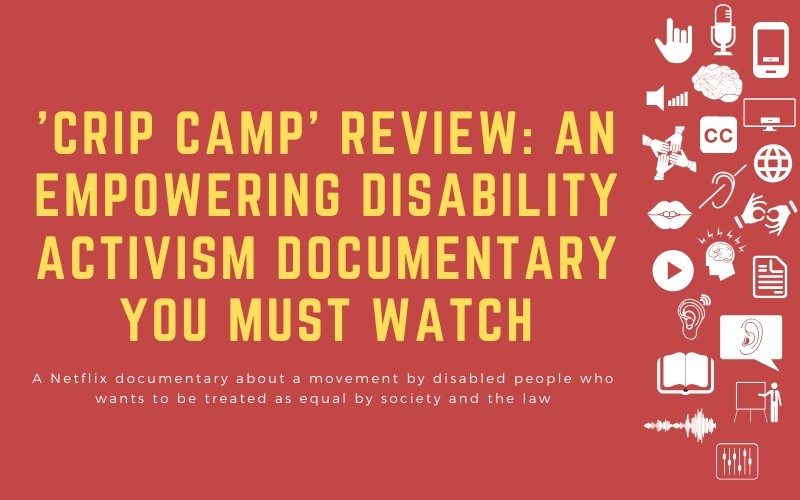 A recent documentary called ‘Crip Camp’ has brought light to a forgotten part of history in the U.S which started a revolution for disabled people to be treated as equals.

This is an empowering documentary, one that got me emotional, which really hits home on how hard people have to fight to be treated as humans and equal to everyone else.

Check out the review of ‘Crip Camp’ here 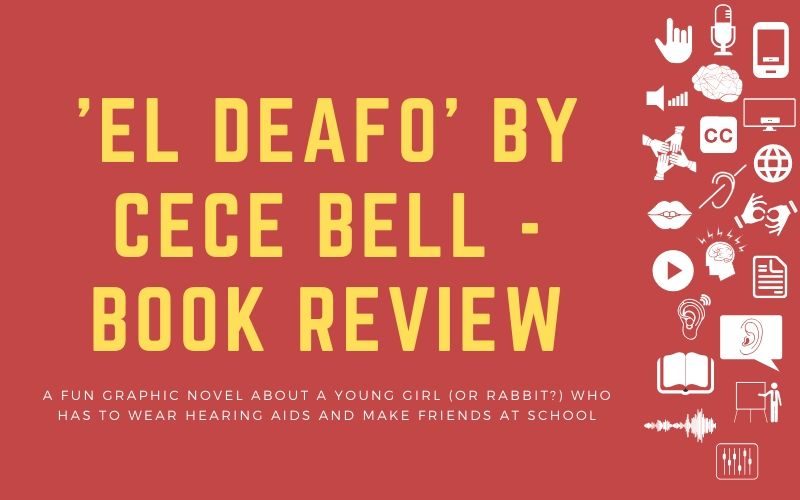 If you are looking for a fun graphic novel where the main character is deaf and it is suitable for all ages, ‘El Deafo’ is a book that you must pick up.

I have decided to review this novel after finishing it recently and you can read more about it below. 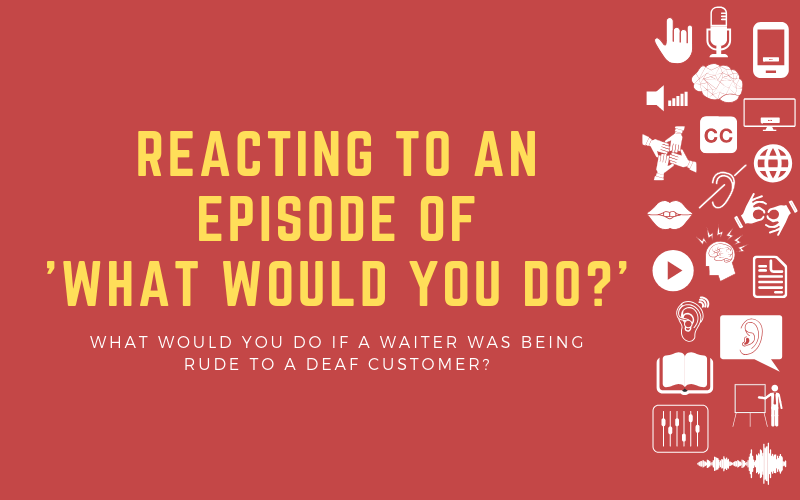 I have noticed a few articles talking about the popular U.S program ‘What Would You Do?’ (WWYD) where in this particular episode, a waiter is being rude to a deaf customer.

And we ask: “what would you do” if you witnessed this at a restaurant?

So I decided to watch the episode and record myself reacting to watching it the first time so that I can provide unbiased thoughts and opinions about the programme and the scenarios that’s being played out.

Check out my reaction to an episode of WWYD here 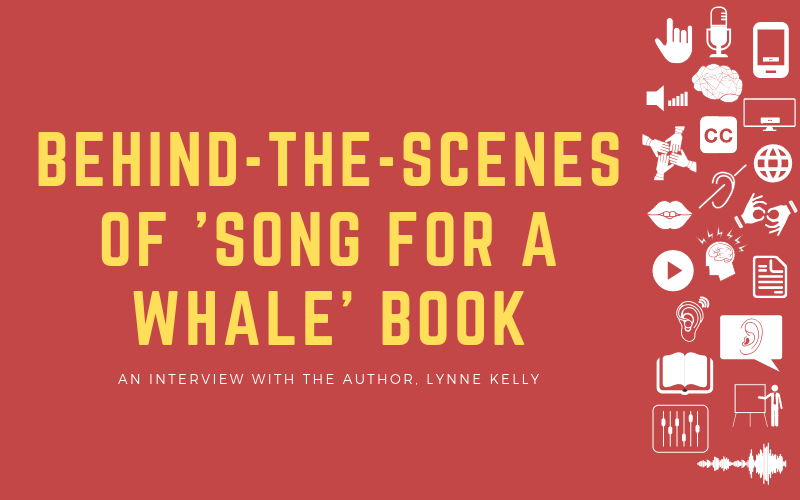 After reading ‘Song for a Whale’, I had the pleasure of interviewing the author Lynne Kelly to get a detailed “behind-the-scenes” access of the book, learn more about the characters and how her day as a sign language interpreter has helped to play a part in shaping this book.

The interview contains no spoilers so if you haven’t had the chance to read ‘Song for Whale’, you must get yourself a copy of the book. 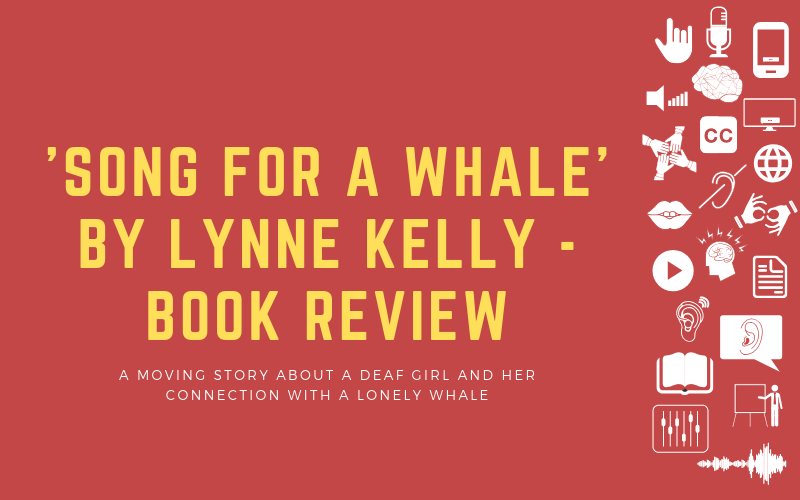 What does a deaf 12-year old girl and a whale that doesn’t belong in a pod has in common?

Surprisingly quite a lot, as beautifully illustrated by by Lynne Kelly’s ‘Song for a Whale’.

12-year old Iris, who is the only d/Deaf person in her school and family, learns about a whale called ‘Blue 55’ who is unable to communicate with other whales and is known as a lonely whale. Since Iris can resonate with that, she went on a journey to see if she can find a way to “sing” with the whale herself to let him know that he is heard.

And what a beautiful journey it was.

Read the review of ‘Song for a Whale’ here

Join 500+ Super’EARos to fight barriers together

Join your fellow Super'EARos to help bridge the gap between the deaf and hearing worlds by keeping you up-to-date and receive exclusive content.

Receive the fortnightly 'The Super'EARo Bulletin' in your inbox and join other Super'EARos to help the hearing world hear deaf people better while bridge the gaps that are dividing us all.

Learn how I define “deaf” here