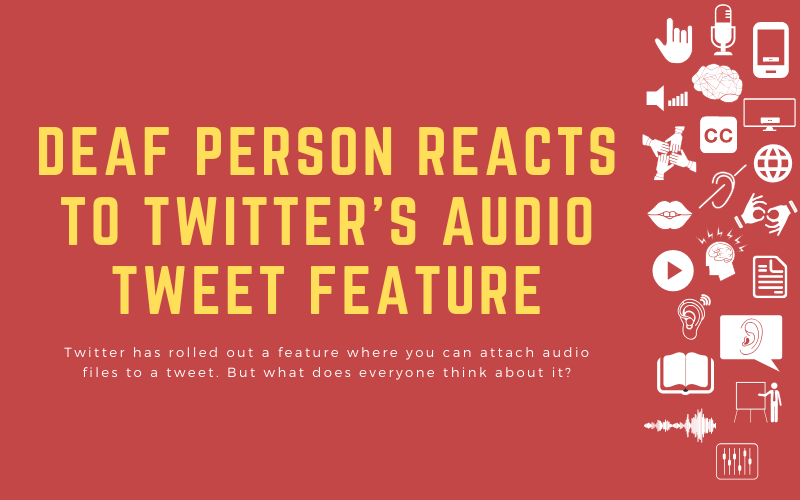 Twitter has decided to rollout a new audio tweet feature to set group of iOS users to allow another way to express your voice.

But it didn’t go according to plan when the d/Deaf and hard of hearing community expressed their frustration about its lack of accessibility, which prompted various individuals within the company to release their own statements.

Learn about my thoughts to the audio tweet feature here

Help bridge the gap between the d/Deaf and hearing worlds by staying up-to-date with all the news and receive exclusive juicy content.

Thank you for signing up. Please check your email to confirm (and check your junk folder if it hasn't arrived).

Help bridge the gap between the d/Deaf and hearing worlds by staying up-to-date with all the news and by taking actions together.

Be a Patron & Receive Perks

Visit the contact page or send an email to hello(at)hearmeoutcc.com.

We use cookies to ensure that we give you the best experience on our website. If you continue to use this site we will assume that you are happy with it.OK